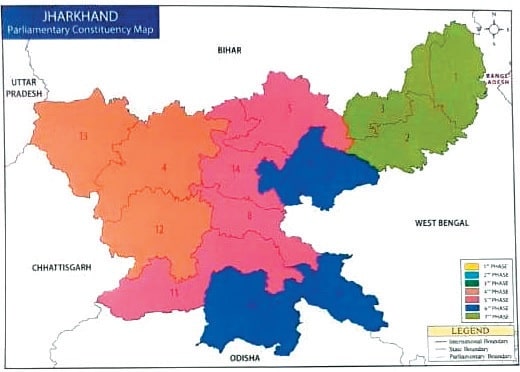 The Election Commission announced that the general elections will be held in seven phases across India and the final counting of votes will take place on May 23. The Congress will be contesting in alliance with the JMM. While BJP that won 12 seats in 2014, has tied up with the All Jharkhand Students Union (AJSU). Congress-JMM is yet to release the seat-sharing pact. While AJSU is given one seat to contest and the BJP will contest
from the rest 13 seats.