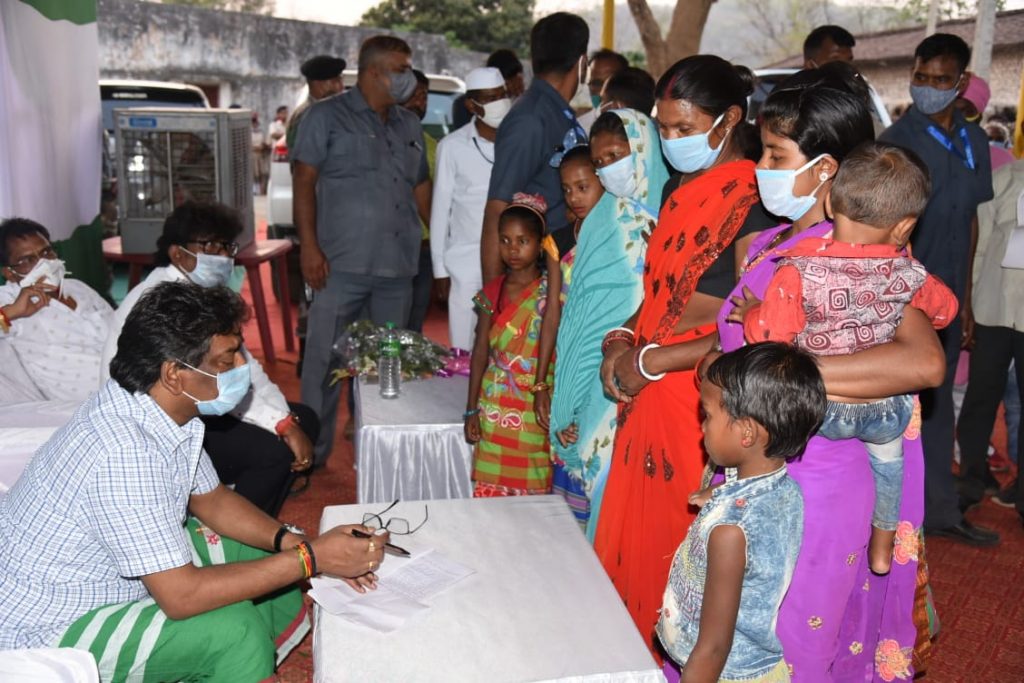 Ramgarh: Chief Minister Hemant Soren on Tuesday said that his government is working for solving the problems of the people of the state.

After listening to the problems of the people he gave necessary instructions to the officials concerned to solve their problems. SP Prabhat Kumar, DDC Nagendra Sinha and others were also present on the occasion.

Hemant Soren on Tuesday participated in Baha Pooja at his ancestral village of  Nemra located in Gola block of this district.

The Chief Minister reached his ancestral village via the road route from Ranchi and upon his arrival he was given the guard of honour by the district administration. Prior to him JMM supremo and former Chief Minister Shibu Soren along with other members of the family including Kalpana Soren who is wife of Chief Minister Hemant Soren also reached at the village to participate in the ritual.

The Chief Minister dressed in his traditional attire along with other villagers reached at the foothills of Nemra Pahad located nearly 500 metres away from his ancestral home and performed the ritual which was guided by pahan of the village Sohan Soren as per the tribal customs and traditions.

Area upon arrival at the village Rajya Sabha MP Shibu Soren was given a traditional welcome by the people. In wake of the visit of the VIPs elaborate security arrangements were made by the Ramgarh police with DC Sandeep Singh and SP Prabhat Kumar themselves camping at the village.