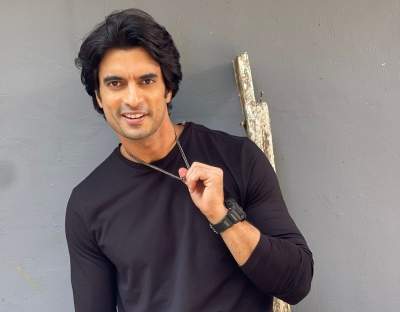 Mumbai (IANS) Actor Gashmeer Mahajani, who will be seen playing the character of Armaan, a werewolf in the show ‘Ishq Mein Ghayal’, shared his experience of performing stunts under the direction of popular action director Tinu Verma.

He said: “It was for the first time that I worked with Tinu on this show and I think I don’t need to validate that he is one of the finest technicians and action directors that our country has today and I have grown up watching the films that he has done action sequences for.”

Tinu worked as a stunt director in the films such as ‘Khuda Gawah’, ‘Himmat’, ‘Loafer’, ‘Darr’ and many more. Gashmeer shared that since childhood he used to watch and follow the action sequences from his films.

“I used to imitate them when I was a kid, watching all his 90s superhit movies or Amitji’s(Amitabh Bachchan) films in the past. So I had a fantastic time working with him because he is 64-year-old but the kind of energy that he brings on the set at that age would put a 20-year-old to shame. We gelled instantly,” he added.

Gashmeer is a well-known face of the Marathi and Hindi entertainment industries. He made his Hindi film debut with ‘Muskurake Dekh Zara’ and also acted in TV shows such as ‘Anjaan: Special Crimes Unit’, ‘Imlie’, and participated in dance reality show ‘Jhalak Dikhhla Jaa 10’.

“I am so glad that I connected with Tinu sir and our energy was always in sync while shooting and I got to learn so much from him,” he concluded.