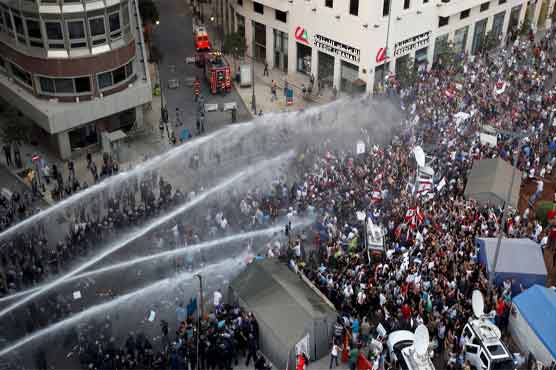 New Delhi (IANS): The protest by thousands of farmers at the Uttar Pradesh-Delhi border turned violent on Tuesday as they tried to break barricades and run them over with tractors to enter the national capital, forcing police to use water cannons and tear gas shells to disperse them.

The police action led to several injuries while one of the protestors lost consciousness, said an agitating farmer. They also claimed that the policemen baton-charged to disperse the protestors.

The farmers, who were marching to Delhi from Haridwar under the banner of Kisan Kranti Yatra demanding complete loan waiver and reduction in electricity tariff among other, were stopped by police at the border near Ghaziabad.

The protesters started their 10-day march from Haridwar lead by the Bharatiya Kisan Union and on Tuesday they reached the Uttar Pradesh-Delhi border.

In view of the protest, heavy security forces were deployed at the border area and section 144 was also imposed in the several areas of the national capital.