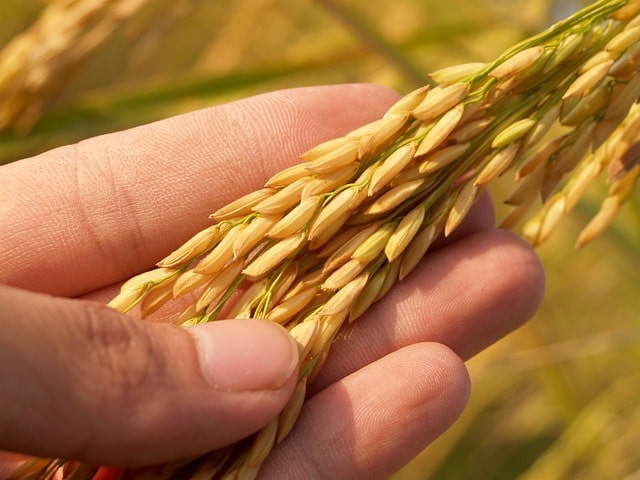 Ranchi (By our correspondent): The Jharkhand Government approved the paddy procurement scheme on the minimum support price
from the farmers. A decision in this regard was taken in the meeting of the state cabinet which was chaired by Chief Minister Raghubar Das at the project building here.

In the meeting, it was also decided in case of death due to listed natural/local calamity despite the unavailability of post-mortem report or FIR the kin of the victim would be provided compensation. The government also decided to give an extension to the commission formed to identify the Jharkhand Andolankaris and JP Movement Anolankaris. It was also decided to transfer 0.34.570 acres of land in Aaamdiha and Basahatu under Haat Gamharia and Jhinkpani circle area of West Singh Bhum district to the Union Railways Ministry for expansion of the third railway line on payment of Rs 8.19 lakh.

The cabinet also approved a sum of Rs 163.53 crore for building a four-lane elevated corridor in Jamshedpur and approach road for Anna Chowk-Gobindpur by-pass road. The cabinet also approved a decision to appoint MSTC Ltd Kolkata as an agency to provide e-nilami platform for an auction of minor minerals in the state while the government also agreed to sack health officer of Referral Hospital Nagar Untari of Garhwa district Dr. Gurucharan Singh.

The government gave its nod to hand over 0.15 acres of land in Jamtara of Dumri circle area of Giridih district to GAIL at a payment of Rs 41.55 lakh for constructing a pinging station under Pradhan Mantri Urja Ganga Project. The cabinet approved a proposal to incorporate the office Jharkhand State Food Commission under the secretariat and create gazetted and non-gazetted posts for the same.