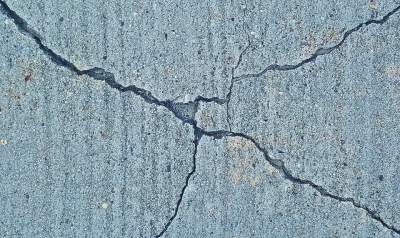 Latur (IANS) For the fourth time in 10 days, a small village in Latur district was shaken by another mysterious subterranean boom sound accompanied by some vibrations this morning, scaring the villagers and the local officials, here on Friday.

The unexplained phenomenon was recorded in Hasor village earlier this month on September 3, 8, 12 and 16 (Friday), alarming the population of 2,000 living there, said District Disaster Management Officer Saqueb Osmani.

This day’s loud sounds — which have not caused any damage or casualties — came just two days after a team of experts from the Swami Ramanand Teerth Marathwada University, Nanded visited the village.

Though they found nothing unusual or detected any seismic activity, they have recommended that the authorities should immediately tackle around half-a-dozen ‘risky infrastructure’ they noticed there.

As the sounds have continued at frequent intervals, a team of IMD Delhi will visit the village on September 20 and install a micro-observatory in Hasori to scientifically unravel the puzzles of the underground booming sounds, said Osmani.

Latur Collector Prithviraj B.P. visited the village on Tuesday with a team of district officers and experts to assess the situation and then the concerned specialised departments at the state and Centre were informed.

“As an added precaution, we have decided to form at least seven dedicated teams to tackle any eventuality like an earthquake. Hasori is around 35 kms from Killari, the epicenter of the major quake of 1993, and Latur has been known as an ‘earthquake-prone’ district,” Osmani told IANS.

He said that the enigma of the sounds is compounded by the fact that it is not detected by the seismographs installed in the district, with a tentative conclusion that it could be minor tremors underground.

It may be recalled that 29 years ago (September 30, 1993), a deadly quake measuring 6.2 on the Richter Scale had struck Latur, flattening Killari and over 50 surrounding villages.

Considered the world’s worst-ever recorded intra-plate earthquake in the stable continental crust, its hypocentre (below surface) was some 10 kms underground, and it claimed around 10,000 lives and injured more than 30,000 people in Latur, Osmanabad districts of the parched Marathwada region.