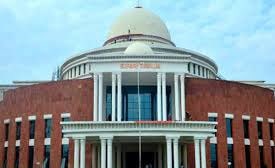 Minister in charge of the Higher and Technical Education Department Mithlesh Thakur presented all the bills which were passed in the absence of the BJP which is the main opposition party of the state MLA Binod Kumar Singh (CPI-ML) and Lambodar Mahto (AJSU) while presenting the proposed amendment demanded a direction to send the bill to the Select Committee to submit its report within 30 days.

The minister did not accept their amendment saying that this was brought after thoroughly reviewing and taking permission from the personnel and law department and there is no justification for sending it to the select committee. He said that the Skill University will be run from the Polytechnic College in Khunti.

In 2018, a total of eight polytechnic colleges were set up in Jharkhand. These colleges have been set up in Khunti, Lohardaga, Palamu, Chatra, Jamtara, Godda, Bagodar, and Hazaribagh. All these will be operated under Skill University starting in Khunti Polytechnic College, he said.

While presenting the proposed amendment in Azim Premji University Bill 2022, MLAs Binod Kumar Singh and Lambodar Mahto again asked to send it to the Select Committee with a direction to the report within 30 days.

The Bagodar MLA also said there was no discussion on the proposal of the amendment brought by them while raising objections Mahto said there are already 16 private colleges running in the state and its status is not hidden from anyone.