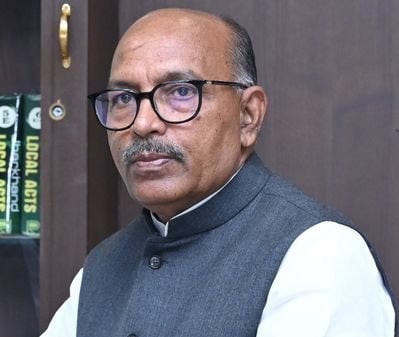 Ranchi: Speaker Ravindra Nath Mahto on Thursday expressed his grief over the decision to declare ‘Sine- Die’ the Monsoon session of the Jharkhand Assembly a day earlier than its schedule.

Addressing the press in his chamber at the Vidhansabha he said that being hurt by the behaviour of one party in the house and out of compulsion with a sad heart he decided to adjourn the house a day before.

Mahto said that the House represents the people but at present, a ridiculous situation is being created in front of the country and the state and he did not want such a situation to be created further. He said that before the commencement of the house it was expected that the session may be short but it should be meaningful.

He said that everyone can see, what is the condition of agriculture these days due to scanty rainfall in the state and there is a strong possibility of drought apart from this there were many public issues that were to be brought in the session, but due to the behavior of the opposition, nothing could be done on these issues.

He said seeing the behaviour of the members of the opposition from the beginning of the session he had suspended four members. Later it was he who revoked their suspension prematurely (the period till which the suspension was done i.e. 4th August) with the hope that they would uphold the dignity of the House and along with this, they will cooperate in running the house smoothly. But nothing like this was seen.

The Speaker said that for the first time in this session, the newly elected MLA Shilpi Neha Tirkey also spoke in her first speech which was not respected by the members of the opposition which hurt him a lot. In order to make sure that such things do not happen in the future, the Speaker said that he will talk to the leaders of all the parties about this. “ I would urge them to put an end to such acts which not only ruin the session but also end the aspirations of the people, “ he said.