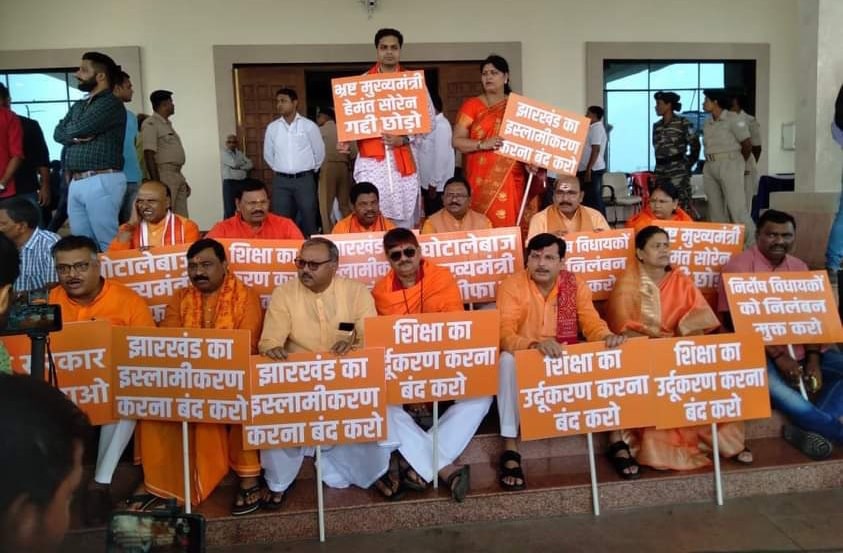 Ranchi: On the fourth day of the ongoing Monsoon Session of the Jharkhand Assembly BJP legislators staged protests outside the house accusing the state government of Islamisation of Education in the state.

BJP MLAs also demanded revocation of suspension of its four MLAs. On the other hand, AJSU MLA Lambodar Mahto sat on a dharna demanding the implementation of domicile policy on the basis of the Khatiyaan of 1932. Justifying his demand he said that in the last budget session itself, the government had assured that a decision would be taken on the local policy by constituting a three-tier committee, but even after four months no initiative has been taken on it. There is a difference between the words and deeds of this government he claimed.