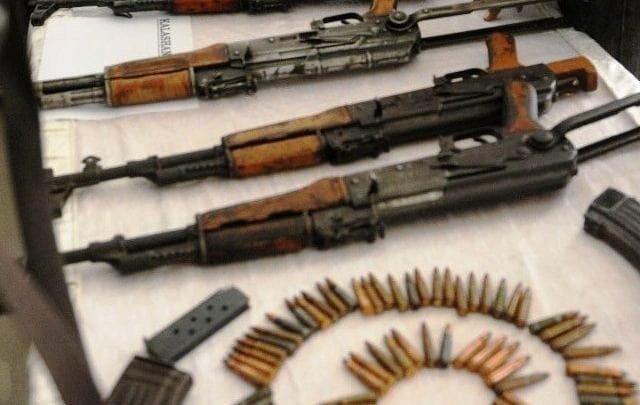 Ranchi (IANS): Sixteen rifles, including two looted from security personnel, were recovered by the Jharkhand Police in state’s Latehar district on Monday.

“A total of 16 rifles have been recovered from Budi Sakhua jungle spread across Latehar and Chatra districts. Of the recovered rifles, two are .303 rifles looted from the police,” said Deputy Inspector General of Police (DIG) Vipul Shukla at a press conference in Latehar.

“We got information that a huge cache of arms were hidden in the jungle area. A joint team of the state police and the CRPF was formed and sent to the jungle for search operation. The arms were recovered during the operation.”

Maoist guerrillas are active in 18 of the 24 districts of Jharkhand.

(Image for representational purpose only)