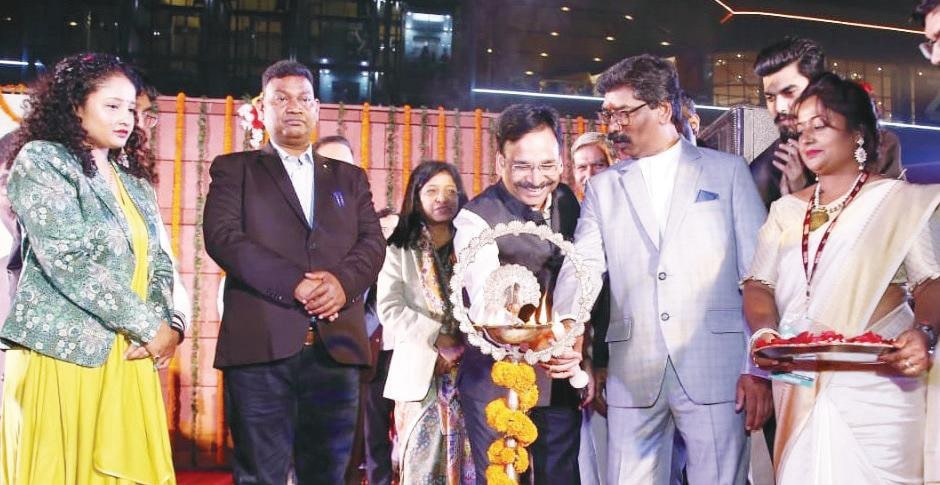 Ranchi/New Delhi: Stating that Jharkhand is a beautiful state Chief Minister Hemant Soren on Thursday urged the countrymen to visit his state.

Addressing the Jharkhand Diwas function as the Chief Guest during the India International Trade Fair at Pragati Maidan of the national capital he said that people should come to Jharkhand to see its beauty and it’s tremendous potential to move forward. Blessed with natural beauty the state will make a place in the hearts if the people he said.

The Chief Minister said that it is a matter of pride that adivasis and moolvasis of the state are making an independent identity of their own in educational social and political areas and everywhere there was a sense of competition. He said that everyone has their own talent and skill. Hemant Soren recalled that during his student days he had visited Pragati Maidan and now he was standing there as the Chief Guest.

He said that such families in Jharkhand which do not get even two meals properly children from such families are making the name for themselves in the area of sports and are representing the nation. He said that the state government is trying to improve the skills of such children and is coming before the country with daily new thoughts as to how better opportunities can be provided to them.

The artists of Jharkhand enthralled everyone with Paika, Panch-Parganiya, Mundari, Manbhum Chhau, and Nagpuri dances at the Jharkhand Day celebrations organized at the International Trade Fair. While the artists gave their best, the Chief Minister of Jharkhand
reached among them and encouraged them.

Before joining the Jharkhand Day celebrations, Chief Minister Hemant Soren toured the Jharkhand Pavilion at the Indian International Trade Fair 2022 and encouraged the participants from Jharkhand participating in the fair.

Along with the Chief Minister, Labour Minister Satyanand Bhokta, MLA Dinesh William Marandi, Chief Secretary Sukhdev Singh, Industries Secretary Vandana Dadel, Secretary to Chief Minister Vinay Kumar Choubey and others were present on the occasion. Jharkhand has left an indelible mark by participating in the International Trade Fair as a partner state.