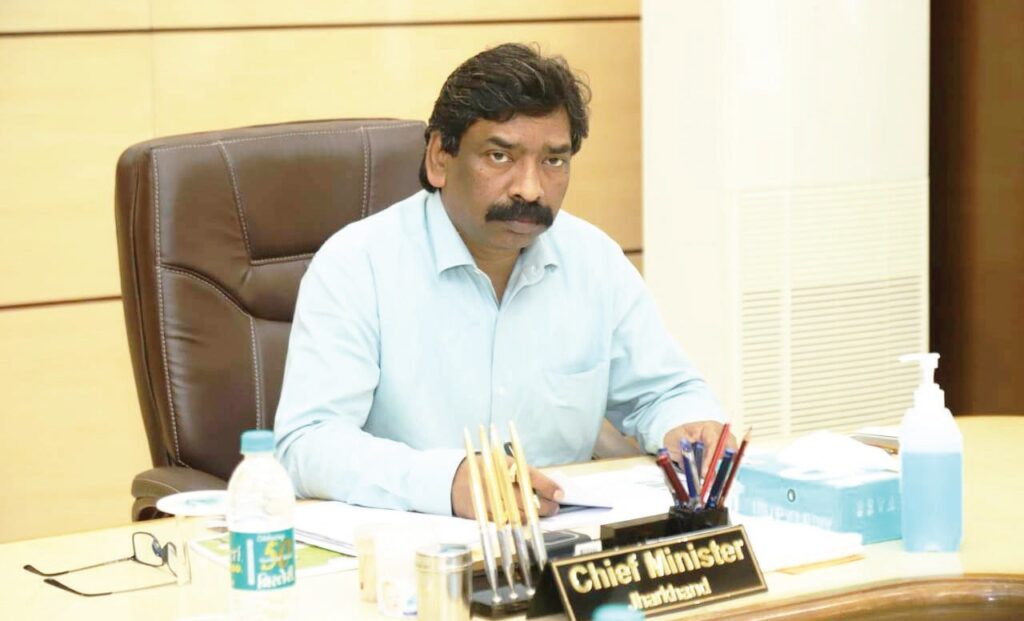 Ranchi: Chief Minister Hemant Soren has given his consent for having an ACB probe against the then Circle Officer Hema Prasad and others.

In the context of Anti-Corruption Bureau, Dhanbad IR No-40/2017 (Dumka), Date- 30.11.2017 against Hema Prasad, the then Zonal Officer and others, Mihijam police station case number-47 related to illegal purchase and sale of land in Butkeria Mauza under Mihijam police station of Jamtara district / 2016, dated-17.06.2016, which is currently under research the government has approved the proposal to transfer it to the Anti-Corruption Bureau.

In the case, a request has been made to grant permission to register PE against Hema Prasad, the then Circle Officer, Jamtara, Ismail Tudu the then Circle Inspector and others. According to the report, case number- 47/16 has been registered in Jamtara police station under section 420/406/409/468/471 and 120-B of IPC in this regard.

It is clear from the report that in this case, finding the case against all the nine FIR accused to be true, to arrest them without delay and in case of absconding, to take action for confiscation of attachment and to submit the report for obtaining sanction for prosecution through proper channel and pending under supervision. Other instructions have been directed to be followed.