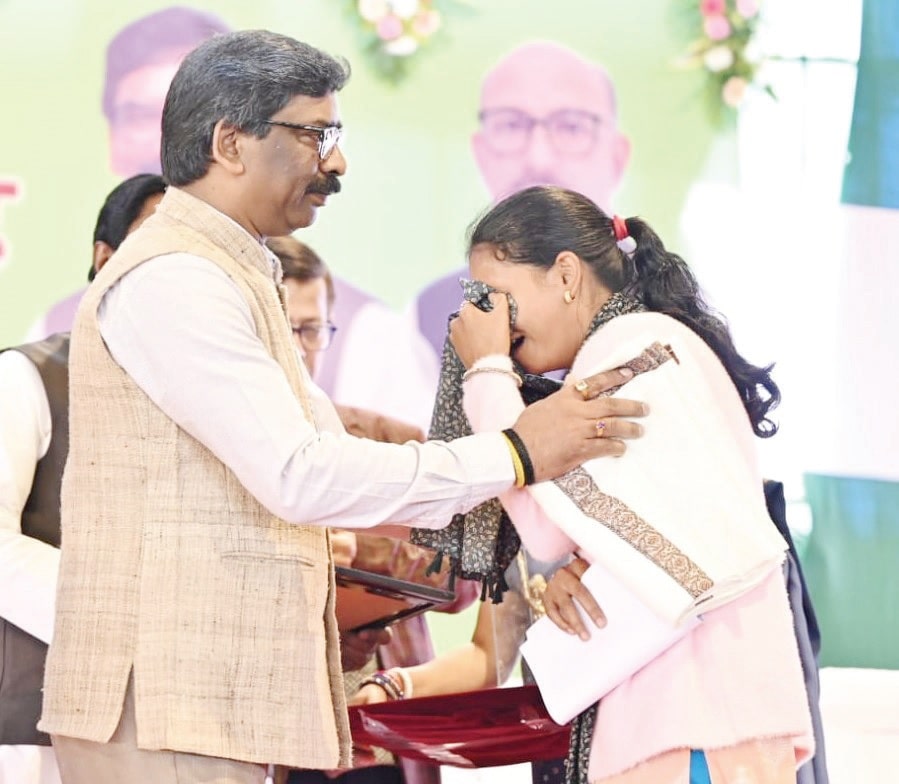 Ranchi: Chief Minister Hemant Soren said that the role of the opposition party is as important as that of the ruling parties as both needed to work together in order to make the state better and stronger.

While addressing the Jharkhand Vidhansabha Foundation Day function he said that Vidhansabha is the highest panchayat of the state where all the members have equal recognition and the role of the ruling party is as important as that of the opposition. He said that the state can get a new direction only with the cooperation of both.

He said that after the formation of a separate state and a separate assembly, there is a need to brainstorm on what we have done for the state and for the people of the state in the last 22 years and what should be done in the future. He said everyone needs to work together to make the state better and stronger.

The Chief Minister said that Jharkhand is the land of heroes and martyrs and many of the heroes have fought for the freedom of the country against injustice, exploitation and oppression and even sacrificed their lives while battling from the British. Even after independence, the people fought for their rights and this fight continues even today.

Along with this, the Jharkhand separate state movement also went on for a long time in any agitators were martyred and eventually, Jharkhand became a separate state. Jharkhand’s own legislature and executive came into existence and today both are working together to give a new direction to the state he said adding that we should take a pledge to move forward on the path shown by the brave martyrs.

Hemant Soren said that even today the tribals, dalits, minorities, backward and weaker sections here are fighting for their rights and entitlements. It is our responsibility to work with full sympathy towards them and try to bring them into the mainstream. Proper development and prosperity of the state is possible only with the welfare of all of them, he said.

The Chief Minister said that about 80 percent of the state’s population comes from rural areas. He said the government is constantly working towards the empowerment of these sections and in this connection, the government is working to implement many public welfare schemes. In order for the deprived and weaker sections to get the full benefit of these schemes, along with the executive, the legislature will also have to actively participate in this he said.