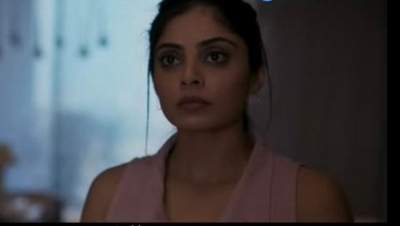 Mumbai (IANS) Actress Bhavvana Rao, who is known for her work in Tamil and Kannada cinema, has made her foray in Hindi OTT sphere with the recently released series ‘Dharavi Bank’.

The series has been quite an anticipated watch given that it also stars Bollywood actors Suniel Shetty and Vivek Oberoi.

The actress recently shared that although initially she found adjusting to a new culture a bit challenging, after spending a week in Mumbai, she got acclimatised to the culture of the entertainment hub of India.

Talking about the series, the actress said: “‘Dharavi Bank’ is my Hindi OTT debut and I can’t be more blessed to have this show as my break to the world of OTT.”

“It was during the lockdown that director Kunal Shah sent me the script to audition and send it back to him. He walked me through the character and its details. Everything fell into place for me once the test went over. I have to say how my director Samit Kakkad’s energy is infectious.”

Bhavvana has earlier worked in the Kannada multi-starrer ‘Gaalipata’, ‘Kola Kolaya’, ‘Mundhirika’ and ‘Vinmeengal’. But a debut in Hindi, is daunting nonetheless as it allows an artiste the prospect of breaking into parts of the country they had never tapped into before.

Admitting that it wasn’t a cakewalk for her, she said: “It took me a few days to learn all about a different culture and a whole different set of people. Within a week, Mumbai started feeling like a second home. There’s something about the city that makes you a part of itself seamlessly.”

The real kick for Rao was the show itself that turned out to be a truly gratifying experience. “It is a huge honour for me to shoot with Suniel Shetty (Sir). My very first shot was with him. After the first scene, he even complimented me for my work. It was a perfect start.”

“We bonded over Mangalore culture. Suniel sir is such an inspiration to work with. He is so handsome and fit that one realises how important it is to push ourselves to be our healthiest and maintaining a disciplined life.”

Shedding light on her character, she added: “I play his daughter in the series. It’s a strong and independent woman’s role. Though Vivek Sir (Oberoi), too is there in the show, we don’t share screen space.”

“But it is pretty incredible that I am in the same show as him. I loved him in ‘Company’ and ‘Saathiya’, which remain two of my all time favourite films till date. I have to credit Zee and MX Player for their continued support that allowed us the freeplaying field to bloom”.

‘Dharavi Bank’ is available to stream on MX Player.