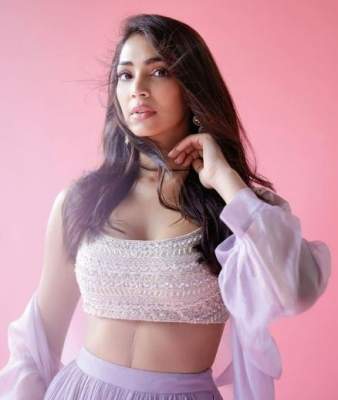 Mumbai (IANS) TV actress Yogita Bihani, who was among the audience on ‘The Kapil Sharma Show’ back in 2017, has all the reasons to cheer up as the actress is now coming as a guest along with Bollywood stars Hrithik Roshan and Saif Ali Khan to promote the film ‘Vikram Vedha’.

Dating back to June 2017, Yogita was a part of the audience in an episode where Diljit Dosanjh and Sonam Bajwa were guests. In fact, she shook a leg with Diljit. And after five years, she is coming on the show as a guest.

In the throwback video, where both are seen dancing together, Yogita is seen giving cues to Diljit. Later on, she made her name and was selected to shoot for the promo with Salman Khan in 2018 for his game show ‘Dus Ka Dum’. Afterwards, she also worked in ‘Kavach … Kaali Shaktiyon Se’ and made her debut in Bollywood with 2020 black comedy thriller film ‘AK vs AK’.

While interacting with the media, Saif had also applauded her work in the movie and said she is like a ‘breath of fresh air’.

Written and directed by Pushkar-Gayathri, ‘Vikram Vedha’ is a neo-noir action thriller film featuring Hrithik Roshan, Saif Ali Khan, Radhika Apte and Rohit Saraf. The film will be released in theatres on September 30.