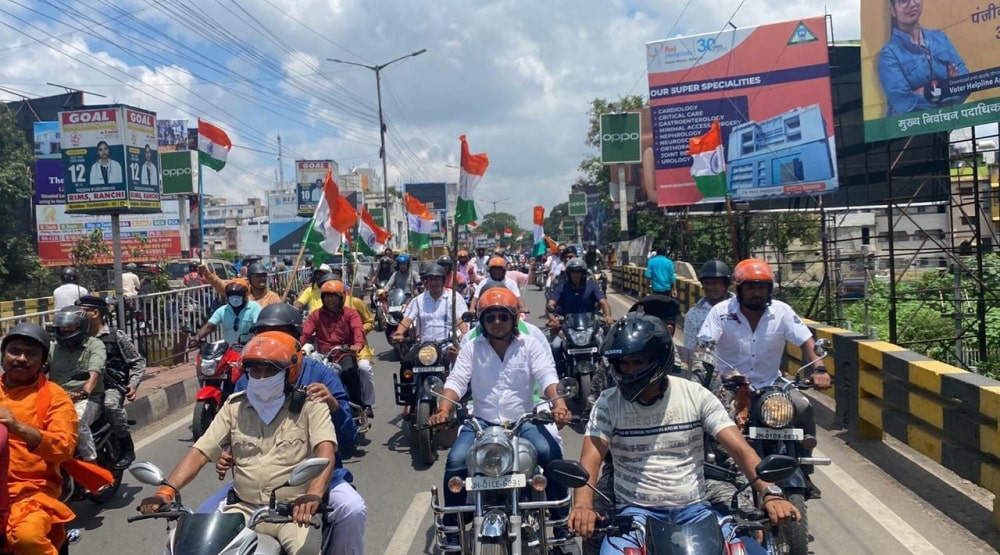 Ranchi: The state unit of the BJP on Friday took out a Tiranga Yatra in the capital as part of celebrations of Azadi Ka Amrit Mahotsav in which senior leaders of the party participated.

The leaders first gathered at Bapu Vatika were they paid tributes at the statue of Mahatma Gandhi and later sat on two-wheelers to take out the Yatra. Speaking on the occasion Babulal Marandi said that the people of the state should play a positive role in celebrations of Azadi Ka Amrit Mahotsav.

He said that it is a matter of pride that all the people are celebrating the festival in their own unique way. He said the feeling toward the nation bring the people together and also urged the people to hoist the flag in their homes. Several party MLAs and other senior leaders of the state unit were present on the occasion.