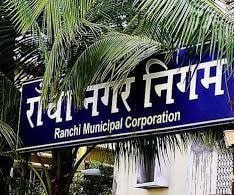 Ranchi: In Argora area of the capital, Ranchi Municipal Corporation has sent a notice to 300 people last month regarding illegal construction.

The affected people are now opposing this notice. On Sunday, the people of the area including Hatia MLA Naveen Jaiswal and different ward councilors along with the local people opposed the notice of the Corporation in a meeting held at the Argora Maidan. Hatia MLA Naveen Jaiswal said that this notice of the corporation is not rational from anywhere and soon he will meet Municipal Commissioner Mukesh Kumar and talk on behalf of the people.

In the notice sent by the Corporation, it has been said that after surveying the area by the Junior Engineer, illegal construction has been found in the order of investigation of the constructed/ under-construction building. On-demand by the corporation, the approved map of the constructed buildings has not been shown. This work is completely in violation of the Jharkhand Municipal Act – 2011. The corporation had said that legal action would be taken if the map is not shown. In protest against this action, the local people have protested against it on Sunday.