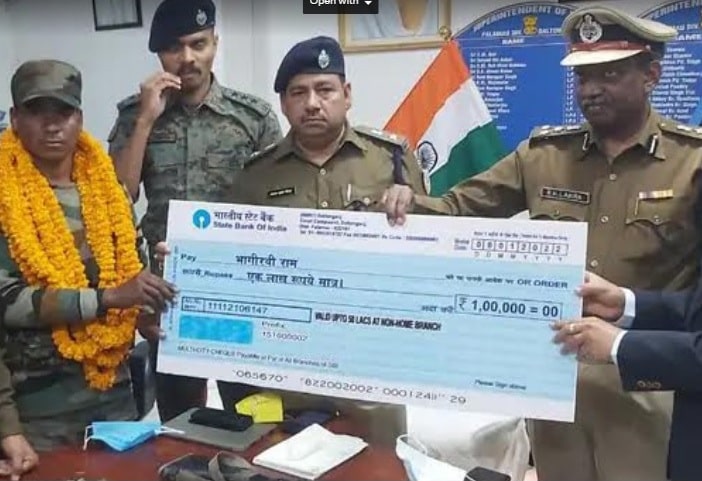 Daltonganj: A sub zonal commander of the Jharkhand Janmukti Parishad surrendered before the Palamu Police.

Sub zonal commander Bhawani Bhuiyaan alias Bhagirathi Ram laid down the weapons in presence of Palamu DIG Rajkumar Lakra, DC Sashi Ranjan and Palamu SP Chandan Kumar Sinha. During questioning, he said that due to illiteracy and unemployment he got lured by the maoists and picked up the arms. A total of six cases are registered against him in separate police station areas of the Palamu Division.

Police quoting the ultra said that he had first joined the ranks of TSPC and later switched over to JJMP. In July 2020 he was made sub zonal commander of Garhwa. Prior to that on two previous occasions he had served prison term. The sub zonal commander has surrendered with an Insas rifle and other items. He will be provided the facilities as per the surrender and rehabilitation policy of the state government for Maoists.