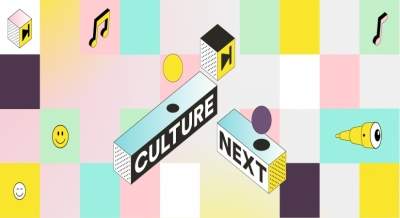 New Delhi (IANSlife) In India, 87 per cent millennials and 77 per cent Gen Z agree that they use audio to reduce their stress levels, says a report.

Additionally, 84 per cent of millennials see audio as a mental health resource, while 79 per cent of Zs believe audio to be healing, Spotify’s annual global culture and trends report says.

The report explores how the millennials and Zs are navigating a common challenge to rebuild culture from the ground up as the Covid-19 pandemic continued to upend our idea of normalcy, and the role of digital audio in their lives. This is the second year that India featured in the report, alongside 17 other Spotify markets.

In India, the report highlights how audio is a more “wholesome” type of content than visual content for both millennials and Zs. The key highlights from India are shared below:

Audio is encouraging millennials and Zs to tune into themselves

* As the impact of digital content on our well-being becomes increasingly clear, millennials and Zs are journeying toward a more fulfilling and balanced media diet

* Eighty-four per cent of millennials see audio as a mental health resource, while 79 per cent of Zs believe audio to be healing

Podcasters are perceived as being authentic, accessible, and trustworthy

* Forty-eight per cent of millennials and Gen Zs ranked their trust in podcasts higher than their average trust in traditional media sources, including national TV news, newspapers, and radio

* They streamed audio on Spotify through connected devices more often in Q1 2021 compared to Q1 2020, with the highest increase in in-car listening (more than 2100 per cent), smart speakers (approx 360 per cent), TVs (nearly 180 per cent), as well as wearable devices, desktop computers, and gaming co

* Millennials — with more years behind them — have especially leaned on nostalgic playlists for relief during the pandemic. In India, they streamed ’80s Hits 195 per cent more and ’70s Love Songs 44 percent more between March 2021 and the year prior

* Finally, 84 per cent of millennials and 68 per cent of Zs believe music is a gateway to other cultures

According to Arjun Kolady, Head of Sales – India, Spotify: “For both generations, audio is the most immersive form of media and there’s a great opportunity for brands to create communities and campaigns based on common interests and passion of their target audience on our platform. The Z listeners on Spotify in India expect brands to represent and empower them through their campaigns, talent partnerships, and active role in social justice movements. Meanwhile, 68 per cent of the millennials said they like audio advertising because it lets them use their imagination to picture everything in their head. These are just a few of the insights that give brands context to think about how they can work with us.”