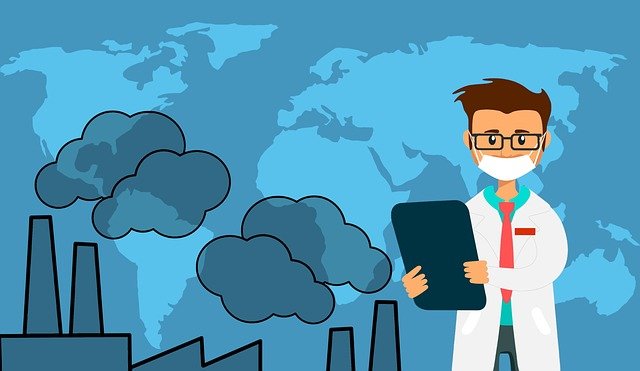 Ranchi: Centre for Environment and Energy Development (CEED) in collaboration with Lung Care Foundation (LCF) organised a Doctors’ Dialogue on ‘Polluted Air & Our Health’ through a webinar on the occasion of ‘World Health Day’ with the objective to increase public awareness on the linkages between the deteriorating air quality and the health impact and further urge the State Government to take effective mitigation measures.

There is enough evidence that air pollution is contributing to the health ailments and associated risks in Jharkhand, which include chronic conditions such as heart and lung disease, stroke and cancer, neonatal mortality and infertility. The Global Burden of Disease (GBD) in its latest estimate (2019) for Jharkhand has highlighted that air pollution is the cause of about 17.8 percent of total deaths of infants and 18.3 percent of deaths of people in the age group between 50-69 years.

Addressing the webinar, Dr Arvind Kumar, Founder and Managing Trustee, Lung Care Foundation said that, “Air Pollution is a serious health hazard affecting our entire country. With 22 out of 30 polluted cities of the world being in India, the health risk faced by the citizens is immense. Various Indian and Global reports put the number of deaths caused by air pollution in India in millions. This figure, however, does not take into account the million others who are living with severe respiratory problems, heart problems and other diseases; all attributed to their exposure to air pollution.

Speaking on the occasion, Dr Atri Gangopadhyay, Governor-East Zone, Chest Council of India and a pulmonologist said that according to a study published by the Lancet Commission in the year 2020, air pollution is the third largest risk factor for death and disability in Jharkhand. She said that her own study sheds light on the increasing number of patients with respiratory problems in various parts of the state. However, despite being a bigger concern, health data related constraints exist, therefore it is really important to address this gap as a key priority for undertaking any action or policies for curbing air pollution.

Highlighting a coordinated effort to mitigate the challenges of air pollution Ankita Jyoti, Senior Program Officer at CEED said that there has been a lack of pertinent research on the health impact of air pollution and relevant data in the public domain. She said that to develop a better understanding of the health effects and preventive measures of air pollution, there is an urgent need to develop coordination between the government, medical practitioners, research institutions, and civil society organisation and citizen groups and through this initiative, CEED attempts to collect scattered health information for contributing to a holistic approach and urges the State government to effectively use health data in pollution control measures to substantiate the implementation of the Clean Air Action Plan.