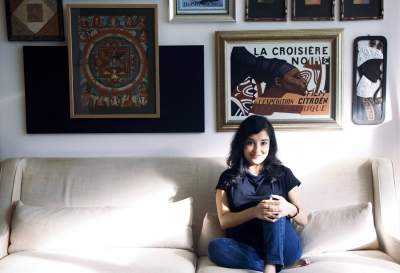 Mumbai (IANS) Trisha Das’ book “Misters Kuru: A Return To Mahabharata” gives a modernday twist to “Mahabharata”, and the National award-winning documentary filmmaker and author highlights the importance of breaking the idea of toxic masculinity to establish gender equality.

“I think while it is true that patriarchy put women in a box and limits them to grow, it also puts men in a box! Men are expected to earn money, be the provider of the family, or fight the war and come out with flying colours all the time. That is also toxic in a way. It is toxic masculinity. Given a choice, are they ready to do it all the time? How men treat women is also linked to masculinity. Therefore, I think the conversation needs shift from just the right of women to smashing the outdated concept of masculinity, which is toxic,” Trisha told IANS.

She added: “Unless toxic masculinity is stopped, we cannot smash patriarchy. Gender equality and women empowerment struggle will continue. If a man is emotionally sensitive and expressive in love, if he is tender by nature and does not fit into the mould of patriarchy, he is ostracised by society. In a way, men are forced to fit into a standard and it is high time to break that down.”

As the story in the book revolves around the five Pandavas, the author said she attempted to interpret each character in the modern context and the new-age idea of gender equality. This book is the sequel of her book “Ms Draupadi Kuru: After The Pandavas”, released earlier.

Asked if she faced any challenges to understand the nuanced emotions of men, being a woman, she promptly replied: “It was challenging, especially if you are not of the same gender. But I approached it differently. Yes, men and women are expected to play different roles in society, but at the end of the day, all the emotions are humane. In my writing, that is what I attempted to bring out!”

“Even though I did not base characters from the men of my life, but my brother and my father surely are two of my inspirations when it comes to the important people of my real life, ” added Trisha, also the sister of the celebrated comedian and actor Vir Das.